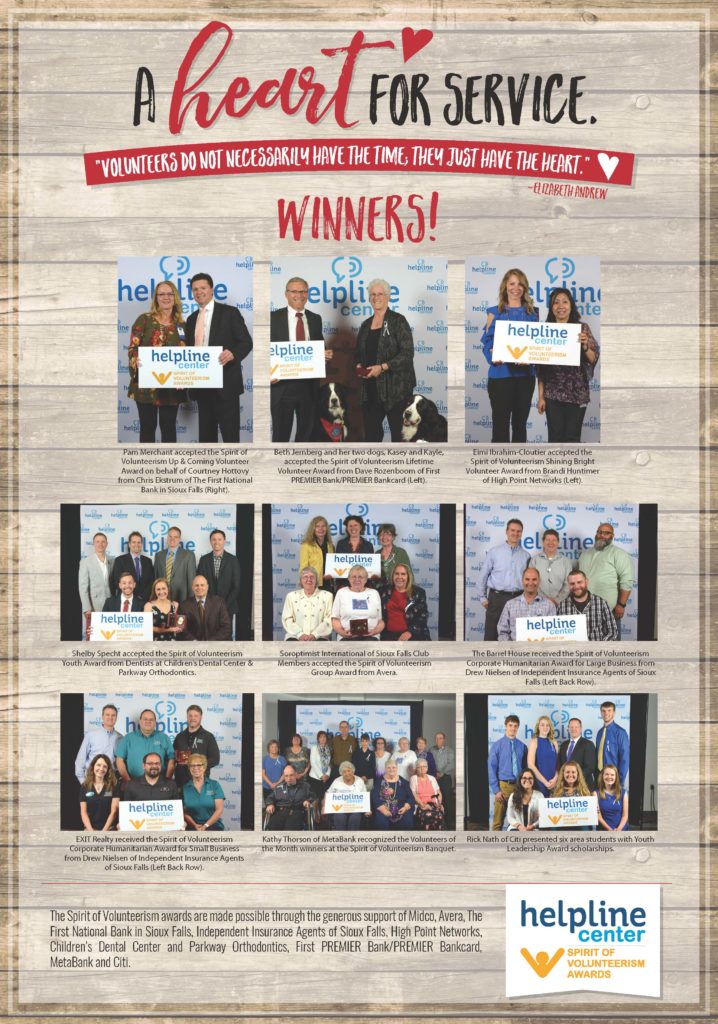 More than 500 people, including local community leaders, non-profit agency representatives and business executives, turned out Thursday, May 10, for the 2018 Spirit of Volunteerism Awards. The Helpline Center hosted the luncheon at the Sioux Falls Convention Center. A total of 77 nominees, all of whom are local volunteers, were recognized at the 36th annual awards luncheon.  Winners of the Spirit of Volunteerism Awards were announced in the following categories: Youth, Group, Adult (Up and Coming, Shining Bright, Lifetime), and Corporate Humanitarian (Large Business and Small Business). In addition, 12 Volunteer of the Month award winners were recognized during the program and six local high school students received a Youth Leadership Award scholarship.  The banquet featured inspiring stories about unsung heroes going above and beyond to volunteer in our community.

The 2018 Spirit of Volunteerism Award winners are:

The following Volunteers of the Month were also recognized:

Congratulations to our winners, we look forward to honoring you on Thursday, May 10, 2018 at the Spirit of Volunteerism Awards Luncheon, hosted by the Helpline Center.