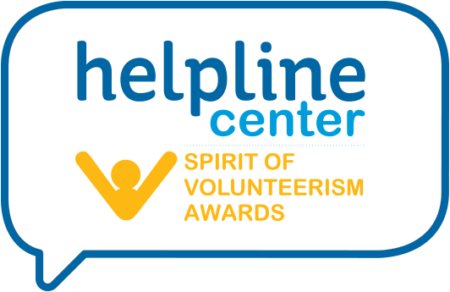 To protect those from the spread of COVID-19, we have made the hard decision to cancel the Spirit of Volunteerism Awards Banquet for 2020.

The Spirit of Volunteerism Awards are held annually in May by the Helpline Center to honor outstanding volunteers. The Helpline Center Volunteer Connections programs seek nominations from our community in the following categories: youth, adult, group and corporate humanitarian. Nominations are then reviewed by a panel of community leaders and winners are announced live at the event. The Spirit of Volunteerism awards have been recognizing the exemplary efforts of volunteers for more than 35 years.

Thank you to our sponsors…